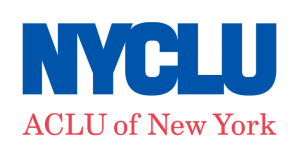 NEW YORK — Journalists across the country have been pepper sprayed, assaulted and arrested while covering protests in recent weeks. The New York Association of Black Journalists has partnered with the New York Civil Liberties Union and The Legal Aid Society to ensure its members have adequate support and resources, and that they know their rights while reporting.

Through 1-833-3-GOODCALL, a free 24-hour hotline staffed by organizations including The Legal Aid Society, attorneys are readily available to answer questions if NYABJ members are arrested or have inquiries prior to going to an assignment. Staff from The Legal Aid Society’s Community Justice Unit will also be available as needed to assist with “Know Your Rights” inquiries from NYABJ members.

“Journalists in the field need to know the full extent of their rights when approached aggressively or arrested by law enforcement,” said Vance Lang, president of NYABJ. “These partnerships will ensure that we are giving our members access to the best legal resources and information when they face these challenges.”

Another new benefit for NYABJ comes from the New York Civil Liberties Union, which is providing a liaison who will offer information about chapter members’ civil rights.

“The NYPD’s actions toward reporters in the last two weeks, including restricting their access, assault, and arrest, are alarming and demand a serious shift in the department’s treatment of reporters during protests,” said Phil Desgranges, senior staff attorney at the New York Civil Liberties Union. “The NYPD must respect the freedom of the press and make sure that all reporters can cover the George Floyd protests without fear of reprisal or restricted access. We are proud to work with the New York Association of Black Journalists to ensure that their members can report on these critical protests.”

While the caught-on-camera death of George Floyd in Minneapolis has shined a brighter light on police brutality and demanded reform within police departments, the protests that followed have highlighted on television and social media the treatment of journalists by law enforcement.

Here in the Greater New York City area, journalists have long complained about encountering harassment from law enforcement officials, even before the most recent anti-police brutality protests. More recently, a journalist with The Wall Street Journal was viciously assaulted by a New York City Police Department officer while covering protests on May 31 even though his press pass was “clearly visible,” he said on Twitter

The public has recently seen that not even journalists on the job are immune from police brutality, “and it is fundamental that they have the legal support and resources readily available in the face of that injustice,” said Anthony Posada, supervising attorney of the Community Justice Unit with The Legal Aid Society. “We are proud to partner with the New York Association of Black Journalists on this critical effort to ensure that all its members know their rights while reporting on the issues that disproportionately impact our clients and all Black and Latinx New Yorkers.”

Founded in 1976, the New York Association of Black Journalists is a nonprofit organization whose members are journalists, public relations professionals and college students. The organization advocates for newsroom diversity and fair media coverage of Black communities.