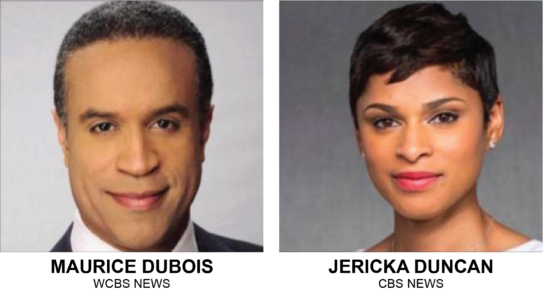 The New York Association of Black Journalists cordially invites you to its awards gala!

Co-hosts Jericka Duncan, of CBS News, and Maurice DuBois, of WCBS News, will help NYABJ celebrate the best of journalism coverage of black communities, issues and newsmakers in the greater New York area.

Also, special honors will be presented to Sunny Hostin, co-host of ABC’s “The View”; Michael Harriot, writer for The Root; and Bevy Smith, host of “Bevelations.”

With its theme, “The Harlem Renaissance: A Century of Black Journalists Advancing the Movement,” the gala promises to be an exciting event that draws some of the metro area’s most-talented journalists and media entrepreneurs.

The gala benefits NYABJ educational and networking programs for members, as well as the organization’s First Take journalism program for high school students.